Arm yourself with ski skins and climb up our slopes: you'll have the world at your feet

There are several excursions which we highly recommend you do if you spend your winter holidays in Airolo; the level of difficulty varies depending on the chosen itinerary

During the opening hours of the lifts, fans of this discipline, much loved and practised in the region, can climb up along the edge of the slopes. Ski touring enthusiasts must in particular comply with the following rules:

Furthermore, always during the opening hours of the lifts, ski tourers can take advantage of the hiking trails in the direction of Pesciüm or Ravina, marked in yellow on the map, starting from the valley station of the cable car or from Nante.

In the evening, from 5:00 pm to 9:00 pm from Monday to Thursday, they can climb (with frontal battery on), starting from the valley station of the Airolo-Pesciüm cable car and for a difference in altitude of 1000 m, along the slope n.1 up to the Ravina area and then take the slope n.2 finally reaching Cassinello.

Airolo-Pesciüm welcomes all mountain enthusiasts but it is necessary to respect some simple rules to avoid potential accidents.

The following rules must be respected: 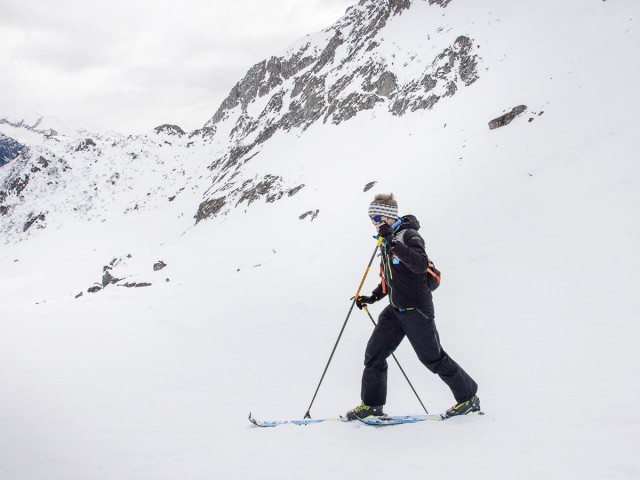 The simplest excursion is the one to Capanna Corno Gries: the tour takes you to the top of the spectacular Corno Gries which dominates the valley with its dome and extended glacier. The tour is easy and gives you a great sense of satisfaction. The route is suitable for hikers with snowshoes, who can easily reach Lake Gries, as well as ski-mountaineers who want to try a climb on a glacier.

Another interesting excursion is the one on Passo San Giacomo: the "normal route" starts from All'Acqua and after crossing a bridge over the Ticino river it rises and follows the summer path up to Alpe di Val d'Olgia; so you basically follow the high voltage line until you get to an altitude of 2,200 m in the region of All'Uomo. There is a great opening with a magnificent view from here; in the west you can see the Bernese Alps, while in the south you can see the military buildings and the little church, and a little further on, you'll have a full view of the San Giacomo Pass, which is marked by a wooden cross. The route is easy from here on; simply follow the high voltage line, passing between the church and the border guard building, and, continuing south, you'll reach the col.

The climb to the Chüebodenhorn is a little more challenging: a highly rewarding classic route, which covers open slopes with a wide panoramic view of the fascinating Val Bedretto. To fully enjoy and appreciate the sheer beauty of the valley, the route can be split into two days by stopping at Rifugio Piansecco. With good snow conditions, you can attempt this climb right from the beginning of the season. Some sections, both uphill and downhill, require a certain level of ski mountaineering experience. Under certain snow conditions, a rope, an ice axe and crampons may be needed to reach the top of the Poncione. Due to the amount of steep slopes, you should only attempt the tour if the snow covering is stable and safe.